Infinite crystal rays, Koi on water surface, floating balls, falling flowers from the sky.  Stray in urban Wonderland. Lie down on floor and look up flowers falling from the sky. Don’t worry if you feel getting lost. There is a way out!

The Infinite Crystal Universe – A movie is here 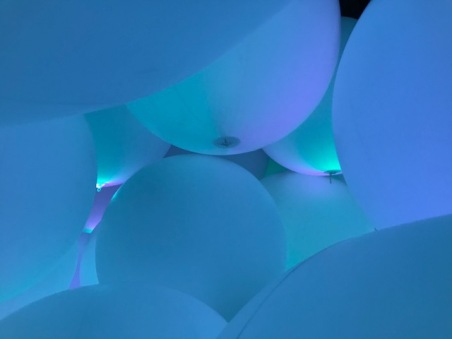 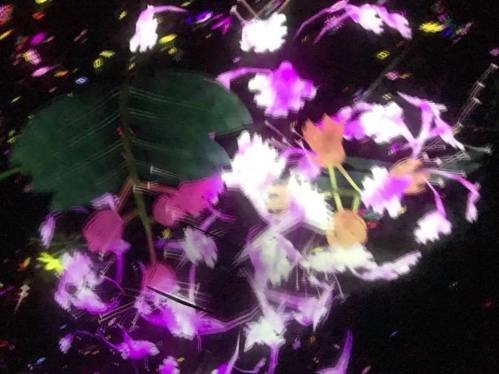 Floating in the Falling Universe of Flowers – take a look at the dreamy flowers from here.

The exhibition of flower themed new installation started on March 7 until May 10 at National Museum of Emerging Science and Innovation (日本科学未来館) in Odaiba, Tokyo. This installation was made by teamLab, one of the coolest digital technology based creative group in Japan.  I wrote about their exhibition at Maison et Objet in January.

At ‘Floating Flower Garden’ー more than 2300 floating flowers fill the space. These flowers are alive and are growing everyday. Once a viewer approaches to the space with full of floating flowers, those flowers reacts by moving up and creating a hemispherical space around the viewer. If multiple viewers get closer each other, each hemispherical space is merged and become one large dome. It is as if the flowers and viewers unify in the space and merge in harmony.

You can get the feeling of the exhibition in the moving picture below. 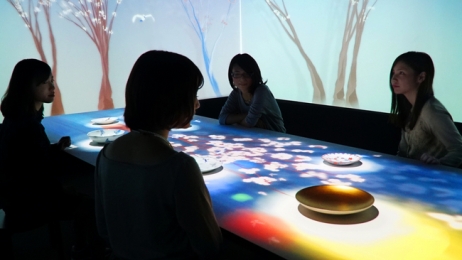 Maison et objet is the major French tradeshow for professionals working in the art of living by bringing a variety of expressions together, such as decoration, design, furniture, accessories, textiles, fragrances, the world of children, tableware….

Maison et Objet Paris is celebrating its 20th anniversary this year and teamLab is invited as one of the artists to exhibit a work to celebrate the anniversary.

teamLab developed a dedicated work called “Espace teamLab-World Unleashed and then Connecting -“ for the anniversary and it is going to be exhibited from January 23 to 27 at the entrance of the main hall in Paris-Nord Villepinte Exhibition Center, France.

In this work, 3D images with a moving effect emerge from Arita porcelain placed on a table, and give life to the motifs used on the porcelain. An image unleashed from a porcelain integrates with images coming from other porcelain, and it then creates a new visual world.

For example, a bird emerged from a porcelain finds a tree appeared from other porcelain and perches on the tree. The position of porcelain on a table is replaceable by audience and the interaction could create different images.  The emerged images from porcelain influence each other and create a different size and shape of trees.

Seeing is believing. Perhaps, you get a better idea of their work from video clips uploaded in youtube.

This exhibition interprets an image of future cafe and restaurant. It also reflects their thoughts that future is constructed on the continuity of culture over time.